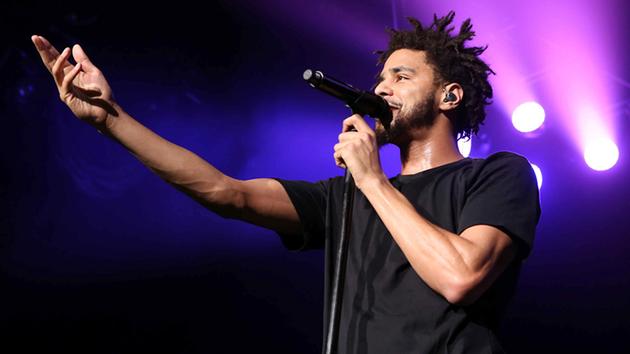 J. Cole had a successful year going on his tour for his 2014 Forest Hills Drive Tour. Earlier this week, J. Cole dropped “Revenge of the Dreamers II” Earlier than expected. It was originally scheduled to be released December 11th, but cole surprised fans with a tweet asking for email addresses. One lucky fan was blessed with the “Revenge of the Dreamers II” album which Cole letter retweeted announcing that the album was released.

It was a clever marketing tool for Cole and the rest of Dreamville to get everyone’s attention with that tweet. Very strategic of them to drop the album in the midst of School Finals, while students were heavy into their studies and looking for the next thing to vibe out to during their studies

The album contains nine tracks featuring some of J. Cole’s artists under his label, Dreamville. The album also features the two artists that recently signed with Dreamville: Ari Lennox and Lute. According to Complex, Lute is a popular local rapper from Charlotte with a growing fan base.

Ari Lennox on the other hand, has a handful of music on Sound Cloud featuring her sweet, soulful voice. She is also a song writer that boosts the already exceptional repertoire of rappers under the Dreamville label.

J. Cole’s 2015 certainly ended with a bang through a compilation album but this should not cloud his works last year. In a report by XXL Mag, His album “2014 Forest Hills Drive” is nominated for Best Rap Album in the 2016 Grammy’s. He is also nominated for Best Rap Performance on the track “Apparently.” His collaboration with Jeremih on the single “Planes” also got him the nomination nod for Best R&B Performance.

“Revenge of the Dreamers II” is the second compilation album from J. Cole’s label. The first album was released in 2014 featuring artists such Bas, KQuick, Treasure Davis and Omen.